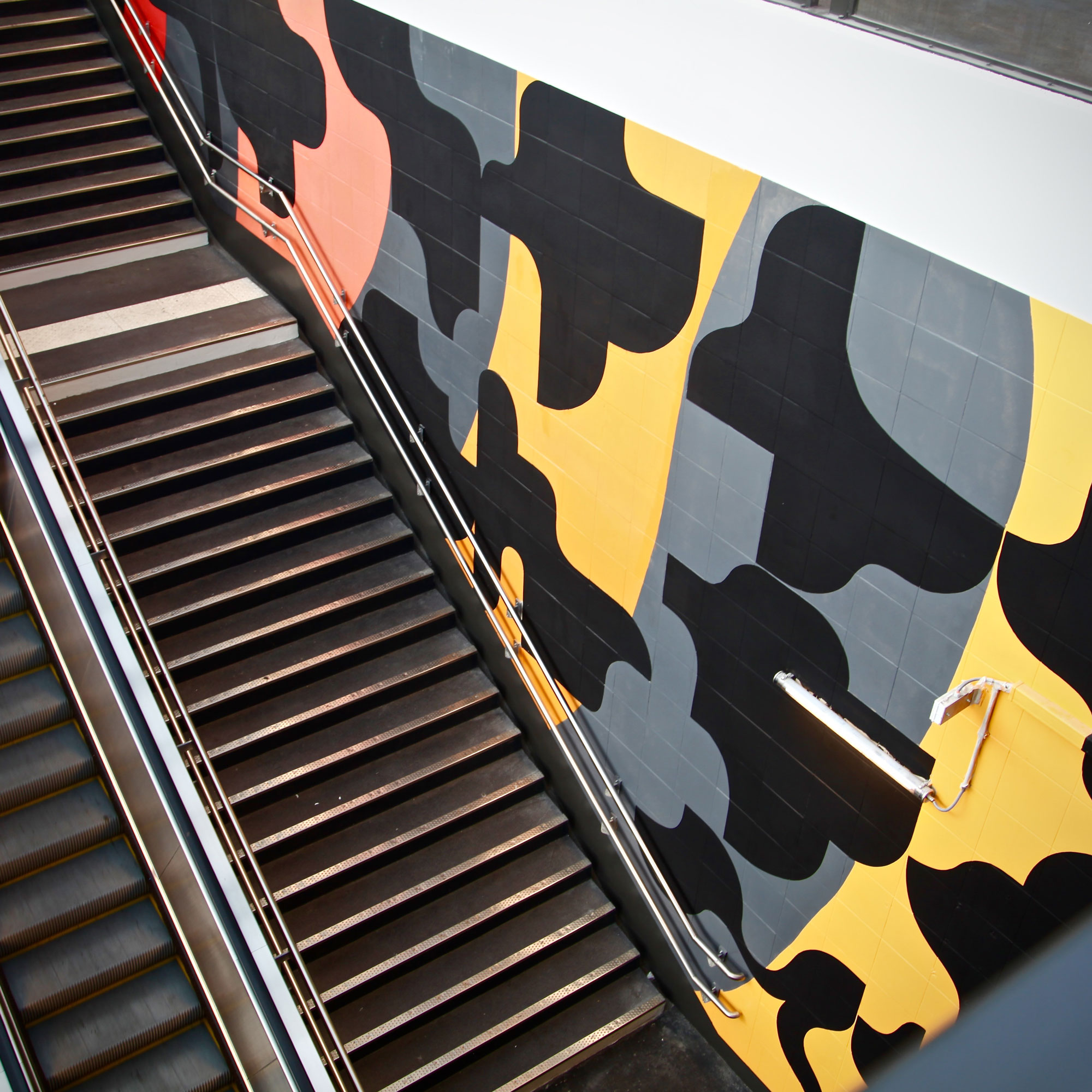 In August 2016, Quai 36 in partnership with SNCF Gares & Connexions took over the RER C station Avenue President Kennedy - Maison de Radio France. The station had a chance to try out a new look with a majestic 300m² fresco created by the French artist Max Tétar.

For nearly a month, the artist familiarized himself with the space creating mysterious geometric shadows, which seemed to float on bands of colors, nonetheless an addition, which did not fail to bring new energy to the enclosure of this station. Per usual, Max Tétar let himself be carried away by his love of forms, which he enjoys creating as they are for him an interpretation of imaginary labyrinths.

From now on, this powerful work will accompany users, invited to travel, at least the time it takes to look at his fresco, to the heart of an abstract universe, which in the end seems to have always existed. 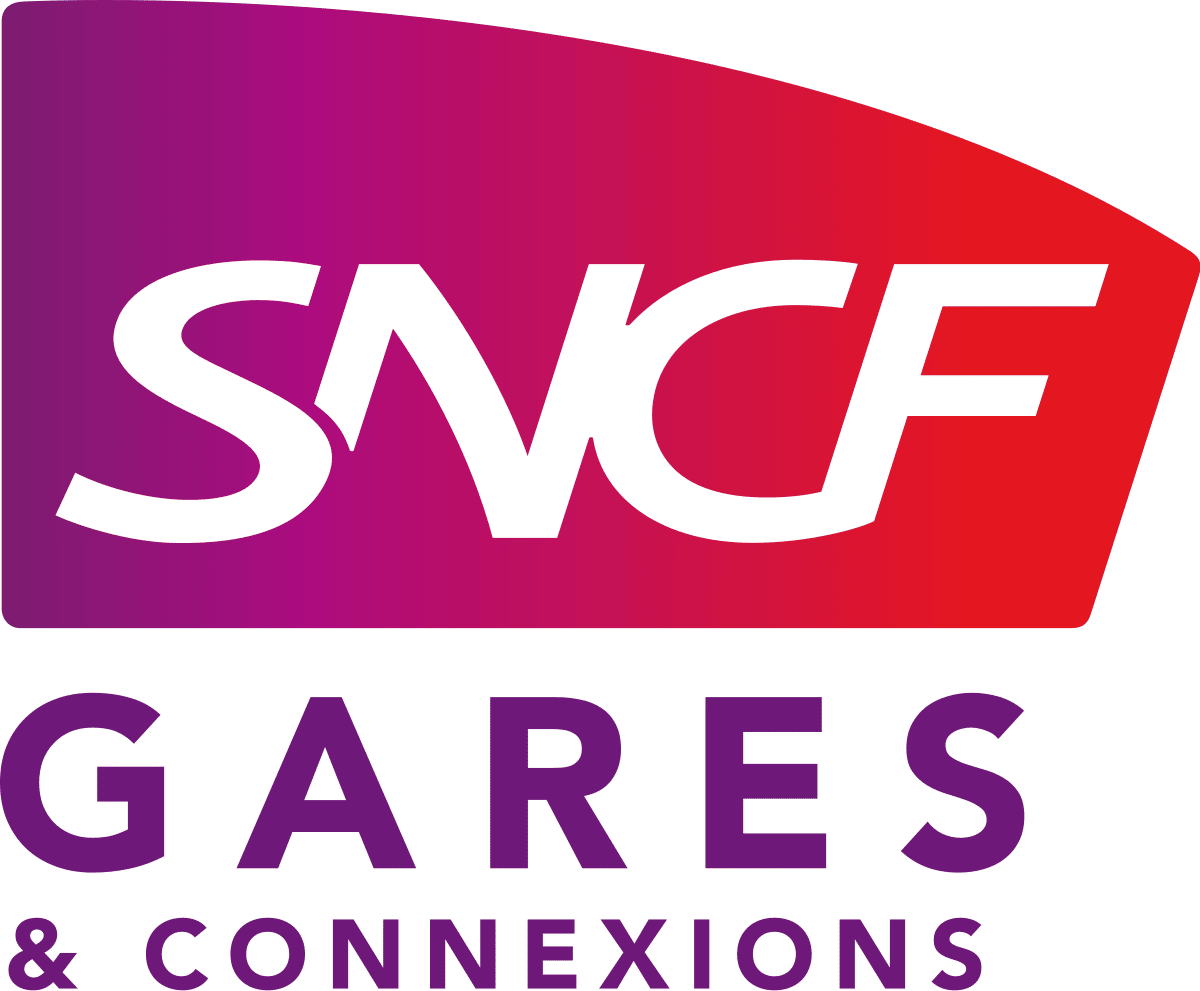 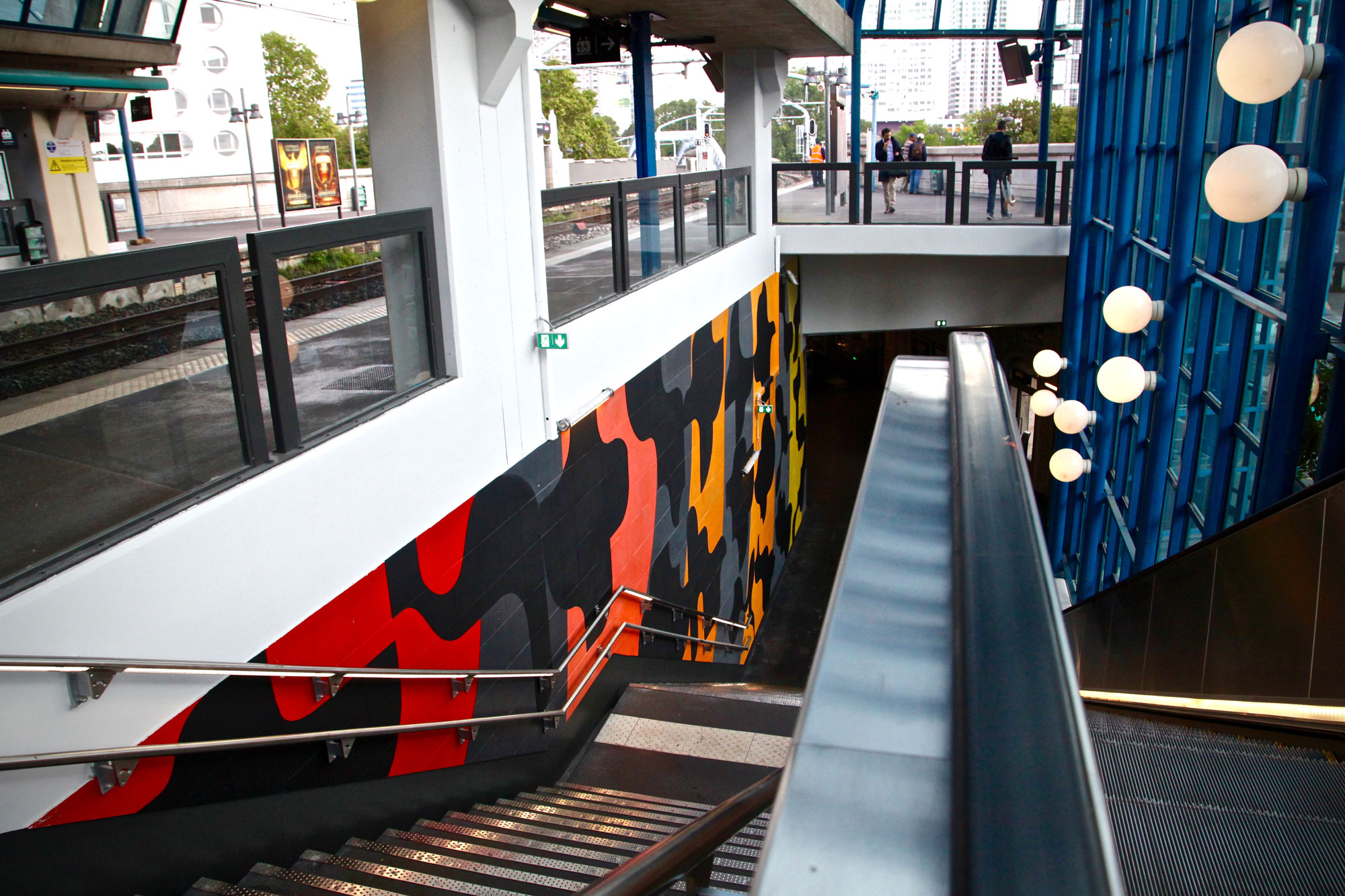 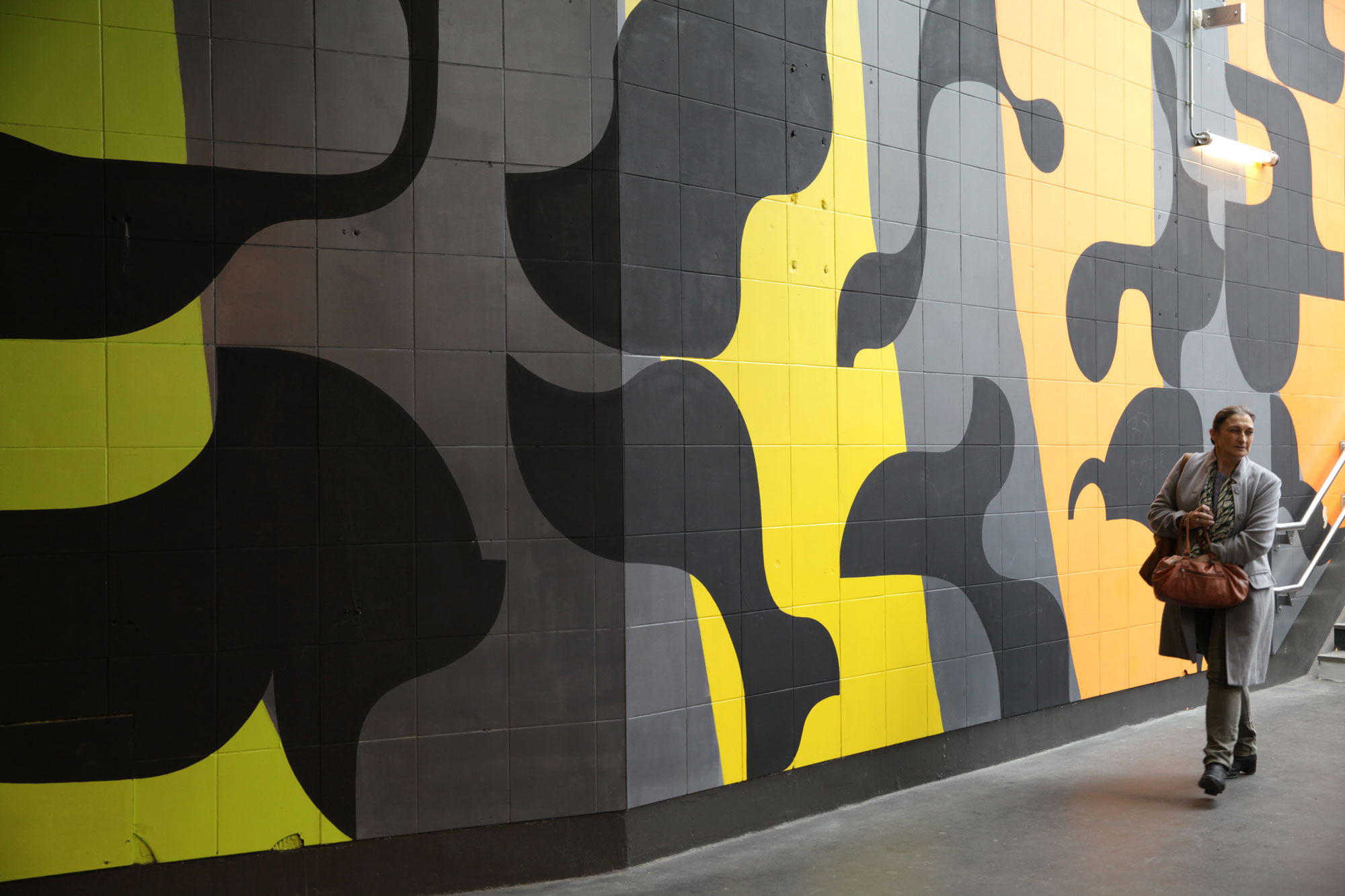 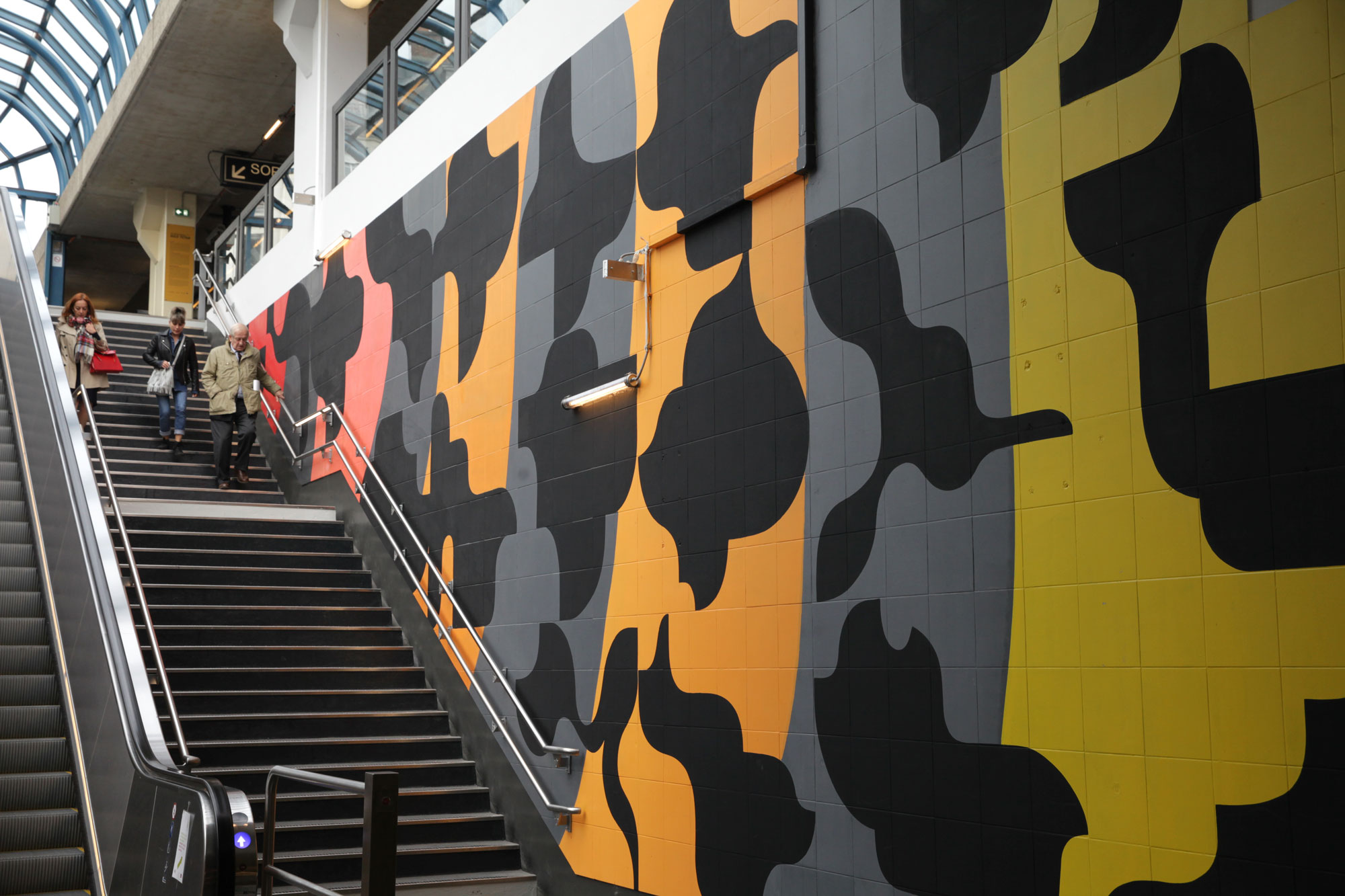 These mural artworks are still visible inside the station Avenue du Président Kennedy - Maison de Radio France of the RER C in Paris.

See all our creations
This site is registered on wpml.org as a development site.