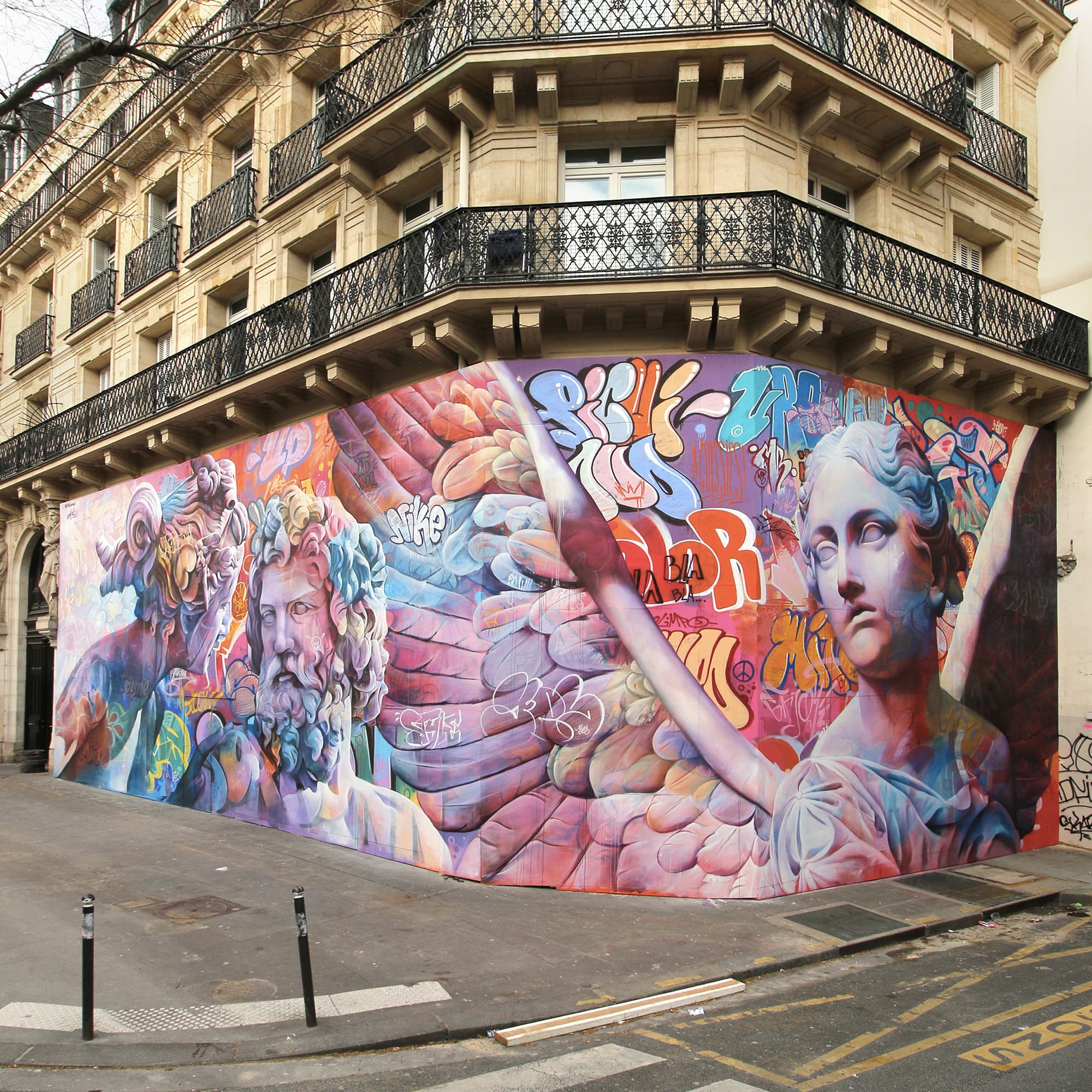 As part of the work to bring 20 Boulevard Saint-Michel up to standard, Groupama Immobilier has chosen the artistic production house Quai 36 to prefigure its future real estate program.

After a technical preparation stage, the Spanish artist duo PichiAvo was invited to paint on the 597 ft. custom-made fence. Mixing ancient statutory figures and lettering from the graffiti movement, PichiAvo's universe can be seen as a perpetual movement between eras and echoes the heritage of the Latin District and its current story. The statues of Poseidon and a Nereid pay tribute to the Seine which flows a few steps away. Next to them, Niké, Greek goddess of victory and eternal feminine symbol, represents Paris, France, justice but also the triumph of art that spreads out of the museums and into the streets.

"Painting in the heart of Paris is for us a very enriching human experience. This work is full of references to the local heritage that is the Latin Quarter, through the words but also the statues that stand proudly and colorfully. Each person can thus see certain elements and hide others. Everyone leaves with the memory of a different work in mind."

Together as the two artists created this fresco in 10 days, using both acrylic paint and aerosol sprays.

The work is still visible during the construction period until September 2021 at 20 Boulevard Saint-Michel, Paris 5ème. 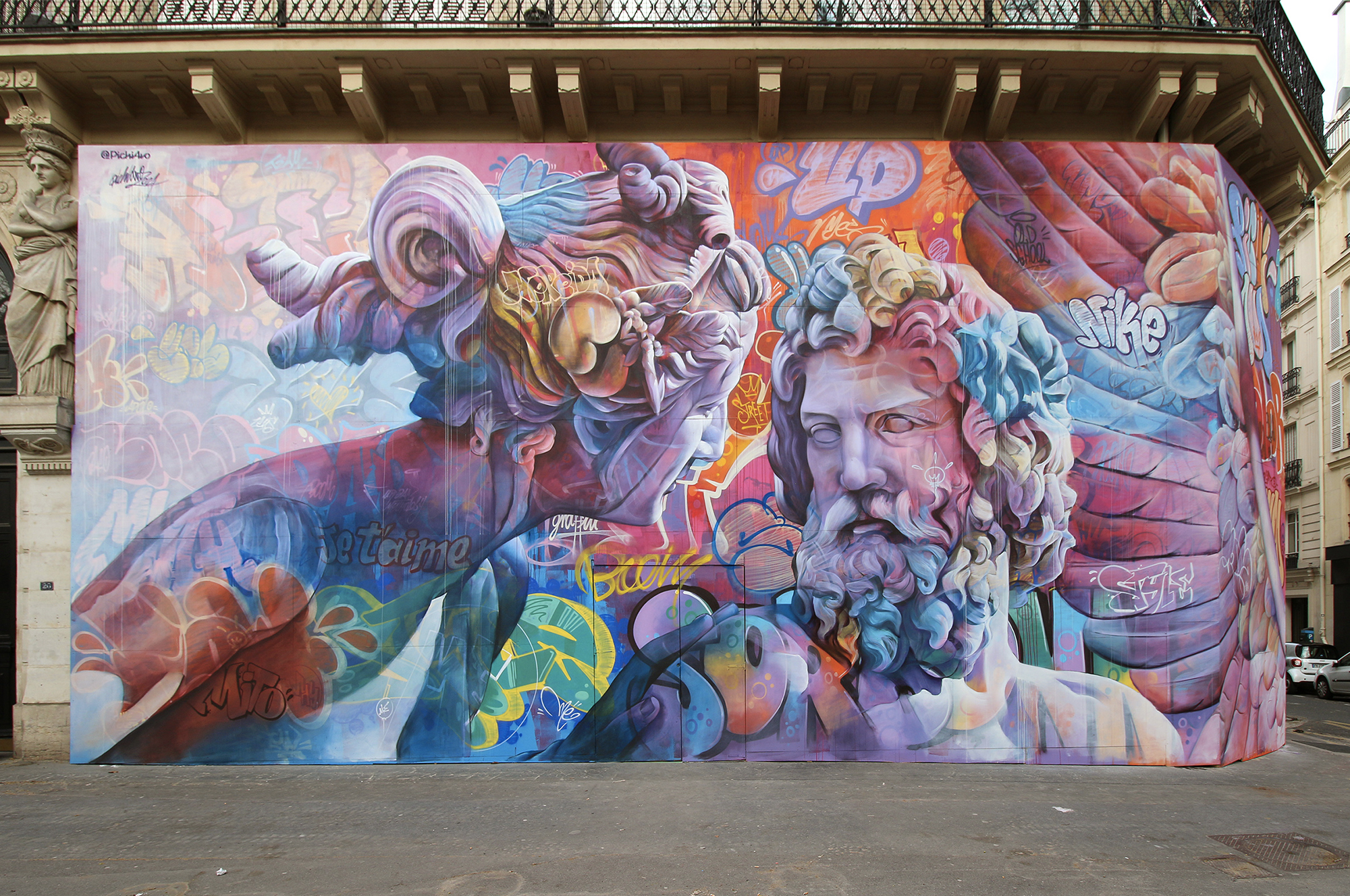 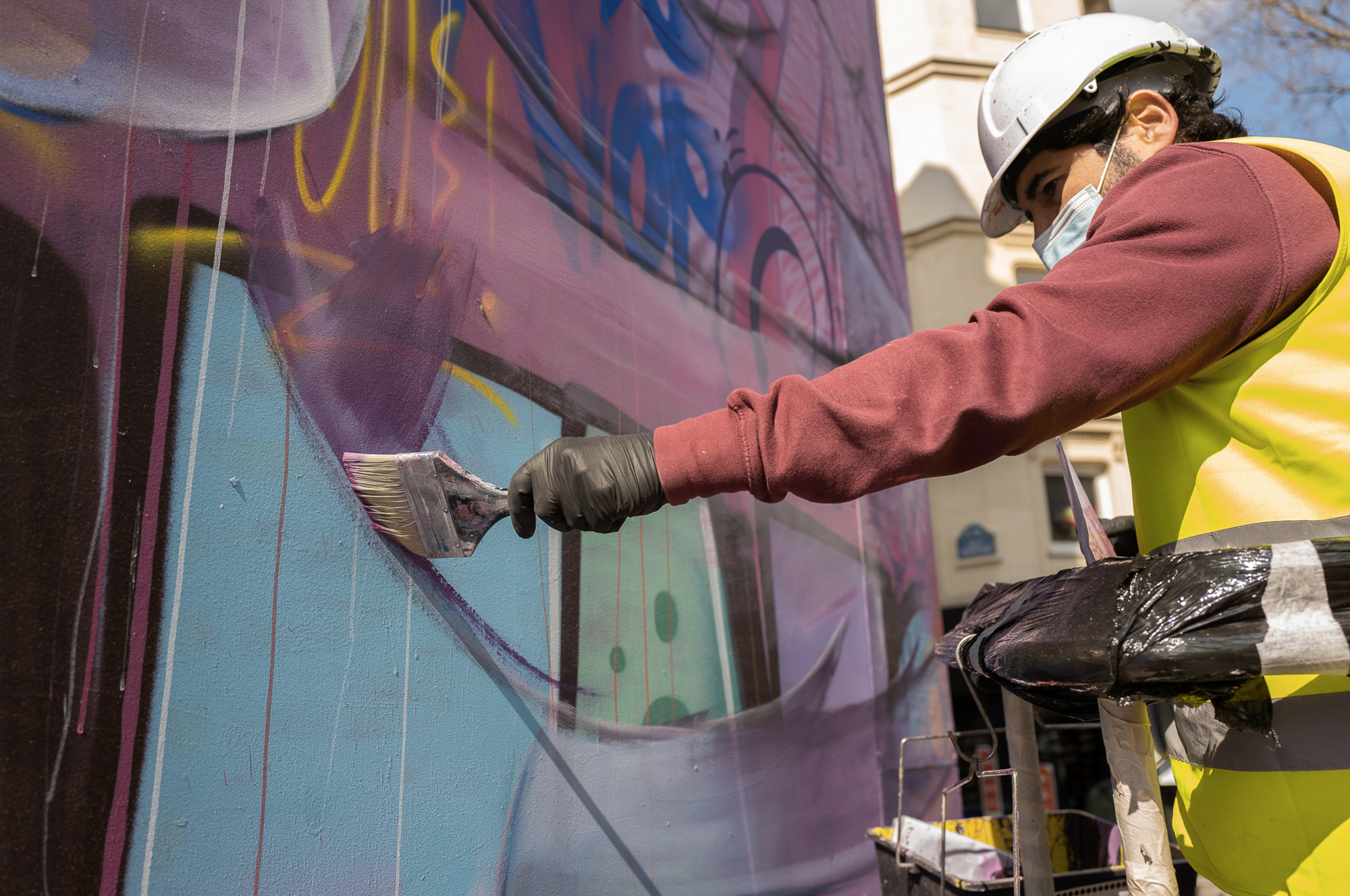 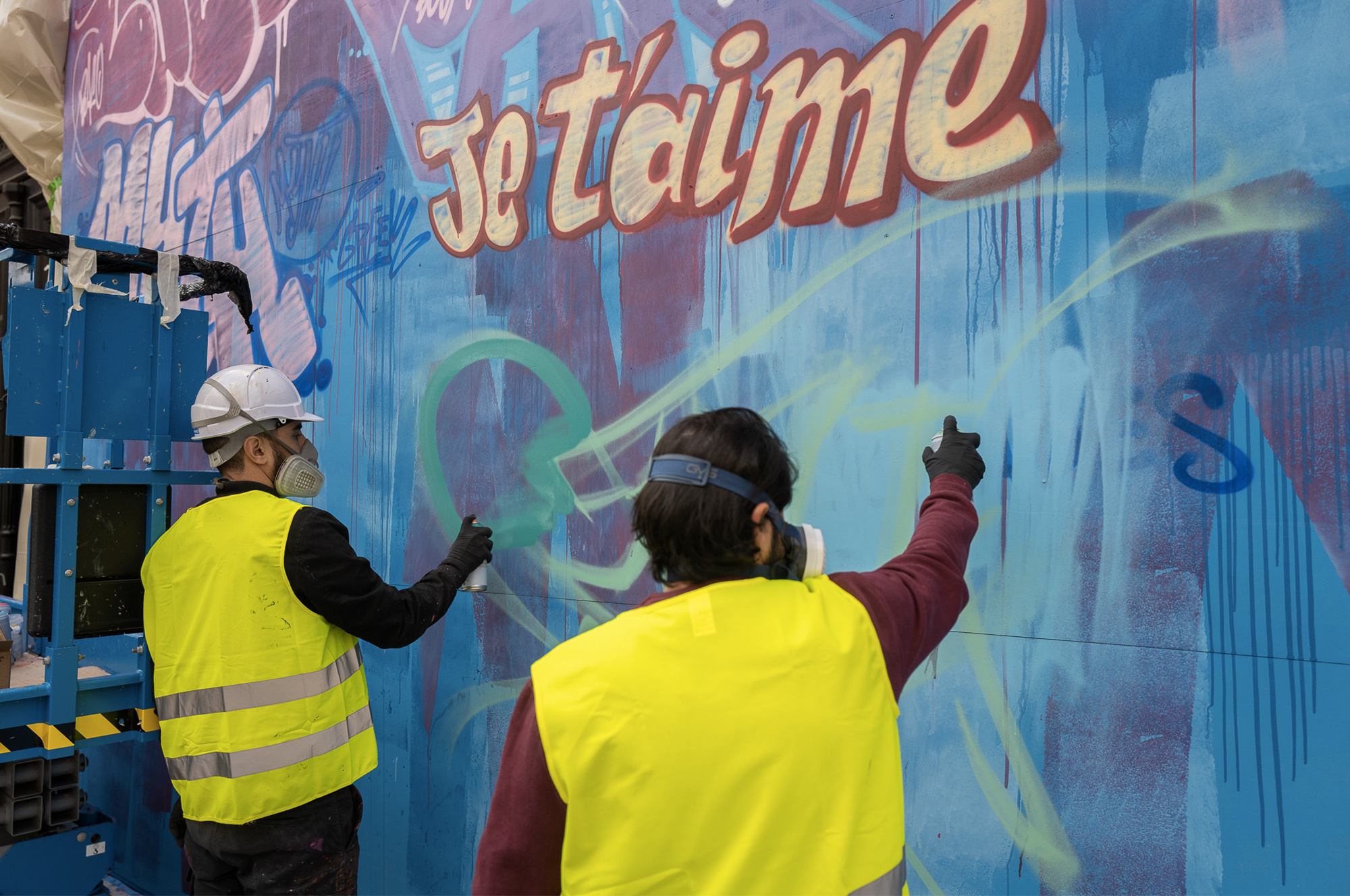 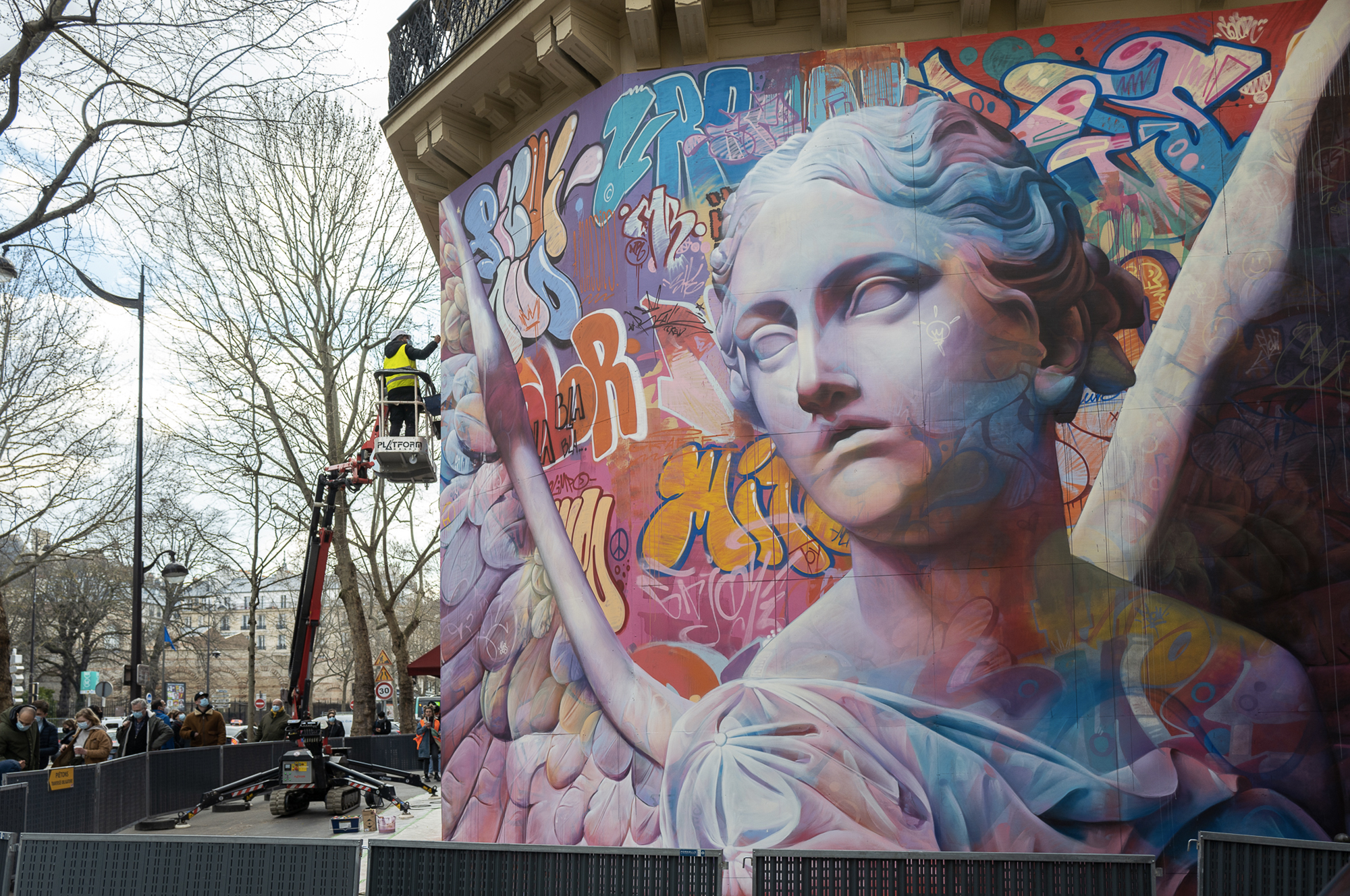 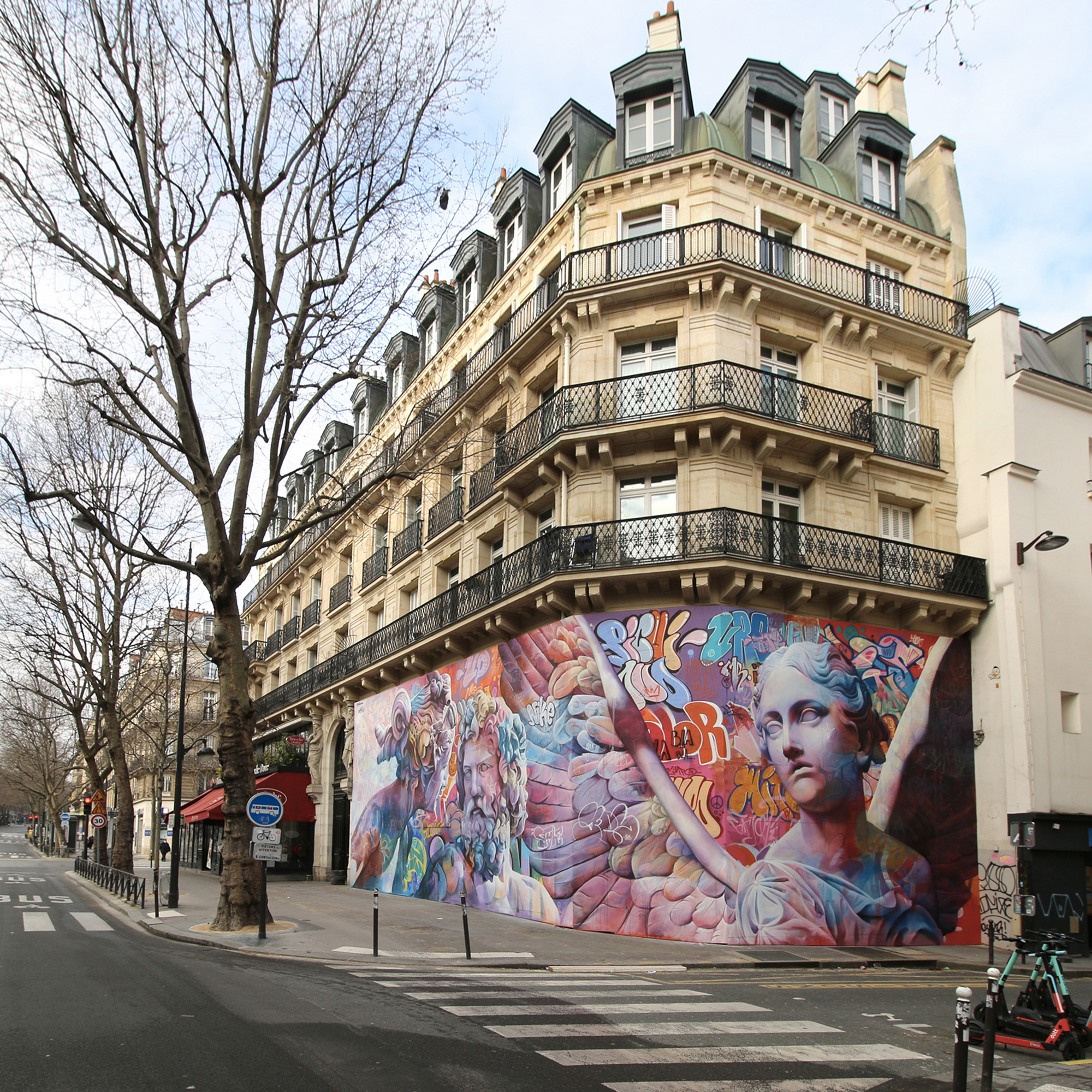 This artwork was visible on 20 Boulevard Saint-Michel in Paris.

See all our creations
This site is registered on wpml.org as a development site.